Wine Spectator: "This is amazing. Full of spicy botrytis character, with smoke and piecrust underneath. Full and rich, yet not cloying or too dense. It's lively and long, finishing with intensity and powerl. A unnerving combination of wild ripe fruit and intense botrytis, with lively acidity. Really powerful. Should be a perfect wine.” 97-100 Punkte

Robinson: "Deep golden with an orange tinge. Very tangy. And thick. At the same time. Massive weight! Extraordinary fullness. An edge of something a bit corrective - almost bitter. Very big and hits you between eyeballs. Citrus pith. Needs to settle down and become more gentle. Big and round. Almost over the top. So rich!!!!! But definite bitterness on the finish. Winemaker Sandrine Garbay, who has been there an incredible 14 years, thinks the 2001 has more finesse. I agree.” 19/20 Punkten

Parker: 96-98 Punkte! "A sample blend excluding the 7th passage (80% of the blending). The Yquem '07 was cropped at 18hl/ha, reportedly similar to the 1967 in the middle of the harvest and 188 towards the later picking. This has a very concentrated nose although it is less showy at the moment. But there is tremendous power here, touches of marmalade, honey, peach and orange zest. Superb delineation. The palate is striking but its sense of urgency and nervosité, real vibrancy in the mouth even at this early stage. Pure clear honey, a touch of spice, orange cut marmalade and supreme focus on the almost Zen-like finish that will be bolstered with the later tries are added. Lovely touch of quince paste and dried lychee on the finish, which has 130gms/L residual. Superb Yquem, though not in the class of the '01. Drink 2012-2050. Tasted April 2008.” 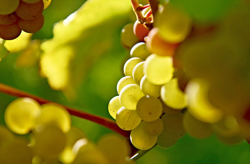