Robert Parker: 98+ Punkte! „A strong candidate for a perfect score in about 15 years, the 2010 La Mission Haut-Brion could well turn out to be a modern-day version of their 1955. Sadly (or maybe fortunately) for me, I’m not old enough to have tasted the 1955 in 1958 from bottle, but this wine could also be an update on the more modern 2000 which, of course, I know well and actually own. This full-bodied, colossal giant of a wine is one of the goliaths of the vintage. It may well have the highest level of natural alcohol for any wine from the Left Bank of Bordeaux (15.1%) and has the definite potential to be a 50- to 75-year wine. Dense purple, it offers up notes of lead pencil shavings, charcoal embers, blueberry and blackberry liqueur along with massive concentration, a multi-dimensional mouthfeel and a monumental finish that goes well past a minute, which I think might be a record for a young Bordeaux. Keep in mind that the 2009, which I gave three digits, came in at 14.7%, but the pH of the 2010 is lower, giving the wine a freshness and precision that is remarkable. The final blend was 62% Cabernet Sauvignon, 37% Merlot, and – unlike the Chapelle de la Mission, which has 26% Cabernet Franc – there’s only 1% Cabernet Franc in the 2010 La Mission Haut-Brion. This is a wine for those of you with youth on your side as well as patience. It will need a good decade of cellaring. An amazing wine. Anticipated maturity: 2024-2075+.” 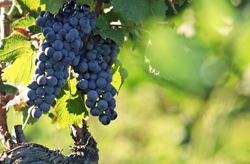